The Wolof people’s traditional culture and practices have survived the colonial era and are a strong element of the Senegalese culture.

Senegal is well known for the West African tradition of storytelling, which is done by griots, who have kept West African history alive for thousands of years through words and music. The griot profession is passed down generation to generation and requires years of training and apprenticeship in genealogy, history and music. Griots give voice to generations of West African society.

The African Renaissance Monument built in 2010 in Dakar is the tallest statue in Africa.

Because Senegal borders the Atlantic Ocean, fish is very important. Chicken, lamb, peas, eggs, and beef are also used in Senegalese cooking, but not pork, due to the nation’s largely Muslim population. Peanuts, the primary crop of Senegal, as well as couscous, white rice, sweet potatoes, lentils, black-eyed peas and various vegetables, are also incorporated into many recipes. Meats and vegetables are typically stewed or marinated in herbs and spices, and then poured over rice or couscous, or eaten with bread.

Popular fresh juices are made from bissap, ginger, buy (pronounced ‘buoy’, which is the fruit of the baobab tree, also known as “monkey bread fruit”), mango, or other fruit or wild trees (most famously soursop, which is called corossol in French). Desserts are very rich and sweet, combining native ingredients with the extravagance and style characteristic of the French impact on Senegal’s culinary methods. They are often served with fresh fruit and are traditionally followed by coffee or tea.

Senegal is known across Africa for its musical heritage, due to the popularity of mbalax, which originated from the Serer percussive tradition especially the Njuup, it has been popularized by Youssou N’Dour, Omar Pene and others. Sabar drumming is especially popular. The sabar is mostly used in special celebrations like weddings. Another instrument, the tama, is used in more ethnic groups. Other popular international renowned Senegalese musicians are Ismael Lô, Cheikh Lô, Orchestra Baobab, Baaba Maal, Akon Thione Seck, Viviane, Fallou Dieng Titi, Seckou Keita and Pape Diouf.

The cinema of Senegal is a relatively small film industry which experienced its prime from the 1960s through to the early 1980s, but has since declined to less than five feature films produced in the last ten years.

The mass media in Senegal is varied and includes multiple television channels, numerous private radio stations, and over 15 newspapers.

Hospitality, in theory, is given such importance in Senegalese culture that it is widely considered to be part of the national identity. The Wolof word for hospitality is “teranga” and it is so identified with the pride of Senegal that the national football team is known as the Lions of Teranga.

Senegalese play many sports. Wrestling and football are the most popular sports in the country. Senegal will host the 2026 Summer Youth Olympics in Dakar, making Senegal the first African country to host an Olympic event.

Wrestling is Senegal’s most popular sport and has become a national obsession. It traditionally serves many young men to escape poverty and it is the only sport recognized as developed independently of Western culture.

Football is a popular sport in Senegal. In 2002 and 2019, the national team were runners-up at the Africa Cup of Nations and became one of only three African teams to ever reach the quarter-finals of the FIFA World Cup, defeating holders France in their first game in 2002. Popular players for Senegal include El Hadji Diouf, Khalilou Fadiga, Henri Camara, Papa Bouba Diop, Salif Diao, Kalidou Koulibaly, Ferdinand Coly, and Sadio Mané, Papiss Demba Cissé, Demba Ba all of whom have played in Europe. Senegal qualified for the 2018 FIFA World Cup in Russia, in Group H alongside Japan, Colombia, and Poland.

Basketball is also a popular sport in Senegal. The country has traditionally been one of Africa’s dominant basketball powers. The men’s team performed better than that of any other African nation at the 2014 FIBA World Cup, where they reached the playoffs for the first time. The women’s team won 19 medals at 20 African Championships, more than twice as many medals as any competitor. When the country hosted the 2019 FIBA Women’s AfroBasket, 15,000 fans flocked to the Dakar Arena which is registered as a record attendance for basketball in Africa. Senegal was one of the continent’s pioneers in basketball as it established one of Africa’s first competitive leagues.

In 2016, the NBA announced the launch of an Elite’s Academy in Africa, and more precisely in Senegal.

The country hosted the Paris–Dakar rally from 1979 until 2007. The Dakar Rally was an off-road endurance motorsport race which followed a course from Paris, France, to Dakar, Senegal. The competitors used off-road vehicles to cross the difficult geography. The last race was held in 2007, before the 2008 rally was canceled a day before the event due to security concerns in Mauritania.

Wolof is a language of Senegal, the Gambia, and Mauritania, and the native language of the Wolof people. Like the neighbouring languages Serer and Fula, it belongs to the Senegambian branch of the Niger–Congo language family. Unlike most other languages of Sub-Saharan Africa, Wolof is not a tonal language.

Wolof originated as the language of the Lebu people. It is the most widely spoken language in Senegal, spoken natively by the Wolof people (40% of the population) but also by most other Senegalese as a second language.

Wolof dialects vary geographically and between rural and urban areas. “Dakar-Wolof,” for instance, is an urban mixture of Wolof, French, and Arabic.

The Wolof people have had a rigid, patriarchal, endogamous social stratified society at least since the 15th-century.

The social strata have included a free category called geer, a castes category called nyeenyo or neeno, and a servile category of slaves called jaam. Caste status has been hereditary, and endogamy among the men and women of a particular caste status has been an enduring feature among the Wolof people, according to Leonardo Villalón, a professor of Political Science and African Studies. The Wolof’s caste status, states Villalón, is a greater barrier to inter-marriage than is either ethnicity or religion in Senegal.

The castes have also been hierarchal, with lowest level being those of griots. Their inherited inferiority has been culturally stated to be close to those of slaves (jaams or kaals). The castes, states David Gamble, were associated with ideas of relative purity/impurity. The leatherworkers, for example, were considered the lowest of the nyenyo because their occupation involving animal skins was considered dirty.

The Wolof are primarily rural (~75%), living in small villages. According to David Gamble, the historical evidence suggests Wolofs used to live in large settlements prior to the jihad wars and slave raids.

Wolof villages consist of a cluster of compounds. Some clusters are random with no central plaza, and many are clustered around a plaza with a mosque in the center. Each compound has either round or square huts made from adobe-like mud-millet stalk walls and thatched roofs with a conical shape. A compound is sometimes fenced with a hedge made from reeds or millet-stalk.

A single compound may have multiple huts, with a patrilocal male as its head, with a different wife and her children in each hut in polygynous households. A compound traditionally operates a joint kitchen, but if there are internal disputes then each family unit cooks separately.

Marriages are endogamous. The preferred and common form of marriage is the bilateral cross-cousin type, with most preferred marriages are those between a man and the daughter of his mother’s brother. Multiple marriages have been common, with many Wolof households featuring two wives. Dowery among the Wolof people is paid in the form of a brideprice. The dower is the property of the woman upon the consummation of the marriage. Divorce is quite common in the Wolof society and according to the Islamic tenets.

The Wolof people are traditionally settled, farmers and artisans. Millet has been the typical staple, while rice a secondary staple when rains are plenty. Cassava is also grown, but it has been a source of income for the Wolof farmers. Since the colonial era, peanuts have been the primary cash crop.

Wolof society is patrilineal, and agricultural land is inherited by the landowning caste. The typical farmers in a village pay rent (waref) to the landowner for the right to crop his land. Wolof farmers raise chickens and goats, and dried or smoked fish purchased, both a part of their diet. Cattle are also raised, not for food, but milk, tilling the land, and as a reserve of wealth. Rural Wolof people eat beef rarely, typically as a part of a ceremonial feast. Some villages in contemporary times share agricultural machinery and sell the peanut harvest as a cooperative.

Occupation is traditionally based on gender and inherited caste. Men of certain caste are smiths, leatherworkers, weavers (now the profession of former slave descendants). Religious and political functions have been the domain of men, while women typically keep the household, bring water from their sources such as wells or nearby rivers. Women also plant, weed, harvest crops and collect firewood. Women of the pottery caste group, also help in steps involved in making pottery. 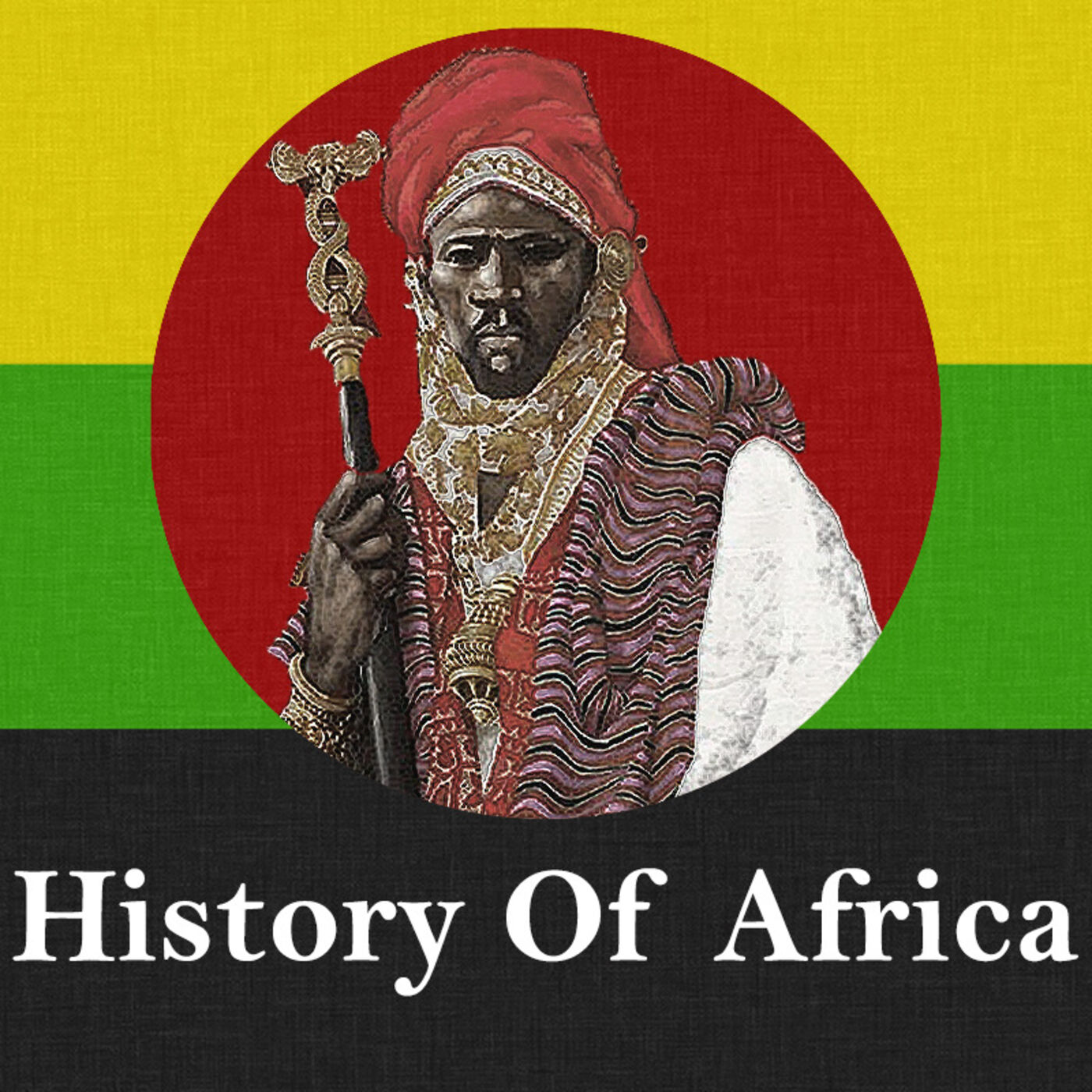 With Rangita deceased, it is now time for her sons to live up to her promise to cooperate and share power. Which lasts about as long as you&apos;d expect.With his brother dead, Andriamanelo now has to decide the direction of his rule. He will certainly make a lasting impact.Support the show

Your resource for the Wolof language.

Or enter a custom amount

Your contribution
is appreciated.